We’ve been checking items off our to do lists almost as fast as we are adding new ones, resulting in the number of undone tasks  Asymptotically approaching zero. For the non-math inclined that means it never actually gets to zero. To my friends in the Northwest Norton Owners MC club, don’t worry, my newsletter articles are almost done. To my colleagues at work (yes, I actually have a job), don’t worry, my spreadsheet projections will be e-mailed today. To my musician friends, last night was my last show for a while, it was great to see everyone and thanks for all the well wishes. To everyone I owe money, the checks will get mailed tomorrow!

My friend Mark, who we rode with in Baja last year, left Vancouver BC just before Christmas on his KLR and is riding south to Belize. I hadn’t heard from him in a few days and his ADV ride report had no entries for almost a week. I was relieved to get an e-mail last night that he made it safely to Mexico but it wasn’t a smooth ride. Here is an excerpt from his e-mail:

“The ride here was brutal with pouring rain everyday. I tried making it over Shasta but had to turn back because of the snow. It took way longer because I my new Sidi boots leak…..grrrr so my feet were freezing cold and I could only take so much. I crossed today at Tecate but found out there is snow on the compadre trail and its closed”.

So that’s what we have to look forward to? Brutal rain? Snow in Mexico?

We’re going to skip I-5 and Shasta and head directly to the coast so I’ve been watching the extended forecast for Astoria Oregon. 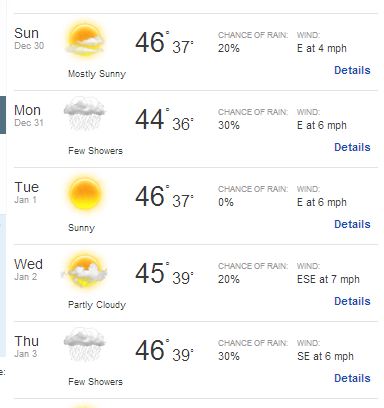 Had a fun time at the gig last night in Kirkland. Motorcycle enthusiast, blues aficionado and famous Northwest biker dude Jesse James made a special trip to say goodbye and wish us well. Thanks Jesse! 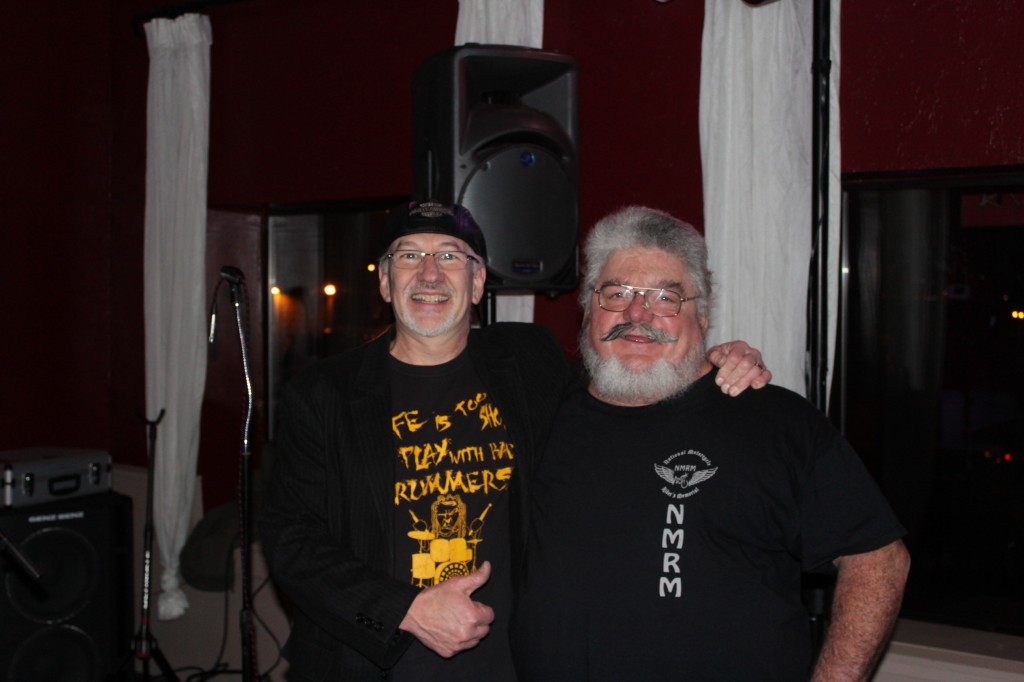 Donn and Jesse at the Kirkland Top Shelf Blues Jam

Hopefully the next post will be from somewhere along the Oregon coast.

8 thoughts on “Leaving in a few days”