(January 15, here are the pictures)

No power when we woke up in the Bahaia de Los Angeles which meant no showers for another day. Welcome to Mexico. I think the trick is to not pass up a hot shower when available. Fortunately, the hotel restaurant seemed unphased and had fresh coffee they brewed over an open fire, they even managed to wrangle up two delicious plates of hueveros ranchos. We managed to put a MotoRaid II sticker on their sign to mark our stay. See if you can find it.

Anxious to make some progress we were on the road by 9:00 on a bright but cool Saturday morning for points south. The ferry from LaPaz to Mazatlan leaves on Tuesday and Thursday, we had the idea to try to make the Tuesday ferry. We made good time to San Ignacio where we stopped at the famous Rice and Beans restaurant for lunch, the same place Deby and I spent New Year’s eve last year. This time, we continued on and arrived in Mulege before we decided to stop for the night. The last time Deby and I were there we stayed in a pretty crummy hotel, this time Ricco at Rice and Beans recommended the Serenidad hotel. After a little excitement on the sandy road leading to the hotel we were greeted with a pig roasting on a spit at the entrance to the officina. Lucky us, it was pig roast night, yum.

The hotel is literally at the end of the Mulege airport and there were a number of gringos who had flown in to provide medical services to the locals. They were all in the bar and we had a great time hanging out, drinking cervesas and watching the GreenBay Packer game.  The only thing that could have been better is if the Packers could have won.

Bikes tucked in for the night 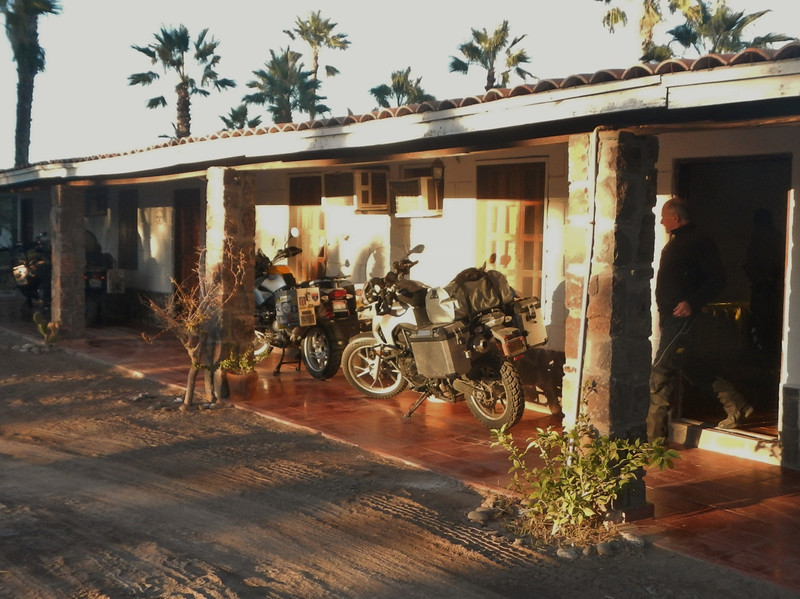 Sunday we made a last minute decision to ride only 80 miles to Loreto so we could 1) visit the San Javiar mission and 2) be back in time to catch the end of the Seahawks game. It was a beautiful ride to the mission and we were back in time for the last quarter of the game. The only think that could have been better is if the Seahawks could have won (they almost did). 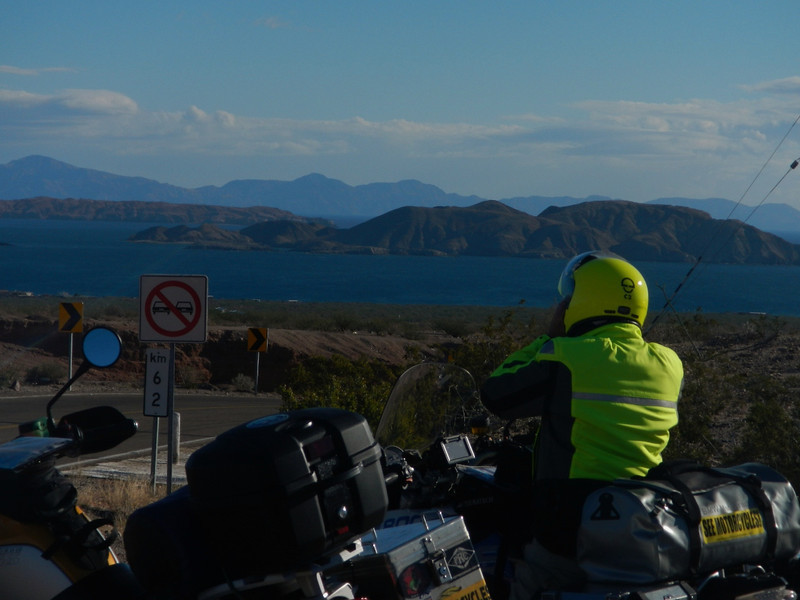 View on the way to the mission

Check out the road in the distance, nice ride.

Here are a few pictures from walking around Loreto….. warning…. graphic puppy pictures to follow.

Oh, a few friends at her feet.

Ok, last one, I promise. 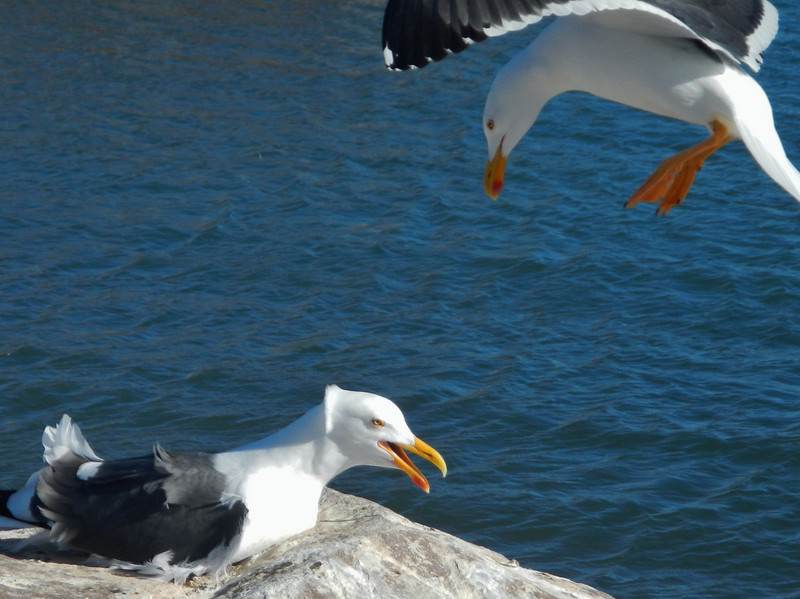 Tomorrow we are going to blast the 200 miles to LaPaz and see if we can get tickets for the Tuesday ferry.

Ok, I’m giving up on uploading pictures for now. I’ll add some when I get a better connection. Everybody is doing fine, the bikes are running well and we are having a good time getting to know each other. We seem to have compatible riding styles which is nice, approximately equal bladder capacities which keeps the stops to a minimum and generally laid back attitudes about the journey which is essential.

Thanks for the comments, I do read them all even if I can’t reply to them.

Donn, Deby and the gang.

12 thoughts on “Watching the Seahawks in Loreto”