With the motorcycles in transit and not expected to arrive until Monday we had a few days off to explore our surroundings in Bogota. We spent most of the day Saturday on logistical things, we walked to the dealer to make sure we knew where it was and confirmed our bikes were scheduled for service on Monday. Explored the area around the hotel, did a little shopping and had a low key day. Part of the day involved extracting some local currency from the cash machines. The exchange rate is $1,800 Colombian pesos to the US Dollar, so that means to take out $100.00 US we would have to withdraw $180,000 pesos. I took out a cool half million pesos to cover me for a few days. The bills are in denominations of 50,000, 20,000 and 10,000 or 50mil, 20mil or 10mil. Mil means 1000 in Spanish. It always takes a few days to get used to the local currency with plenty of awkward moments trying to pay for things.

On Sunday we played tourista and bought tickets on a steam train to visit the Salt Cathedral of Zipaquira.

The steam train was pretty cool.

This was the real deal, complete with burning coal to fire the steam engine. 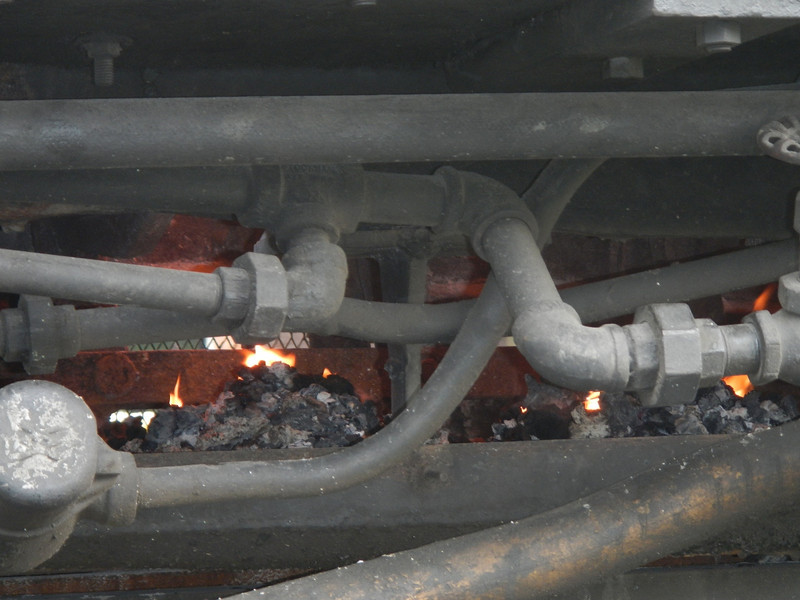 Dave, ready to board the train.

There was a fantastic band that came through the cars. 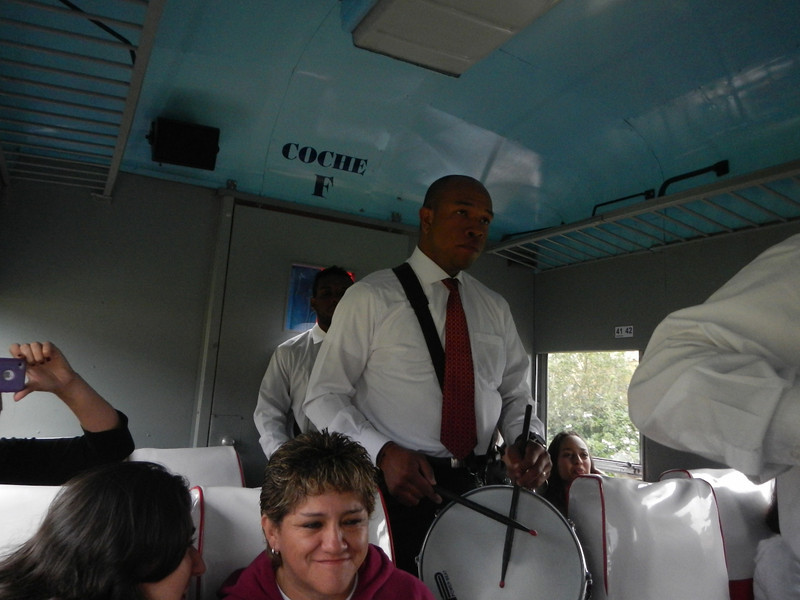 A colorful fruit cart at the station.

After a short bus ride from the train station we entered the Salt Mines that house the Salt Cathedral. You can read more about it HERE.

According to Wikipedia the miners had carved a sanctuary, as a place for their daily prayers asking for protection to the saints before starting to work. That was the start of the sanctuary in the caves. Today it’s expanded into an tourist attraction and the church is still a functioning institution. We walked down huge tunnels with stopping points with various shrines before entering the major hall with the main cathedral.

It was pretty cool just to walk around and check out the carvings. Photographs were difficult with my little camera. 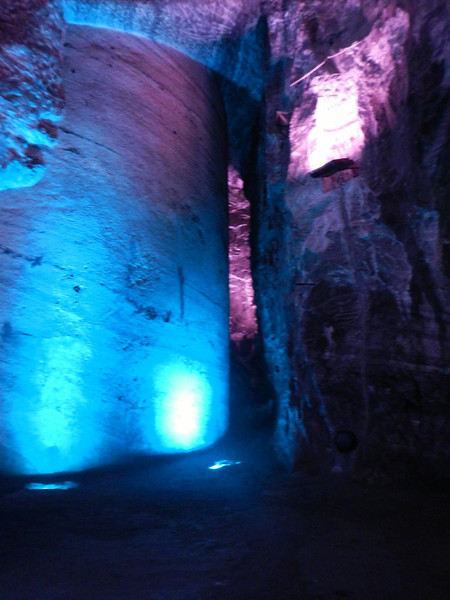 Carvings in the wall. 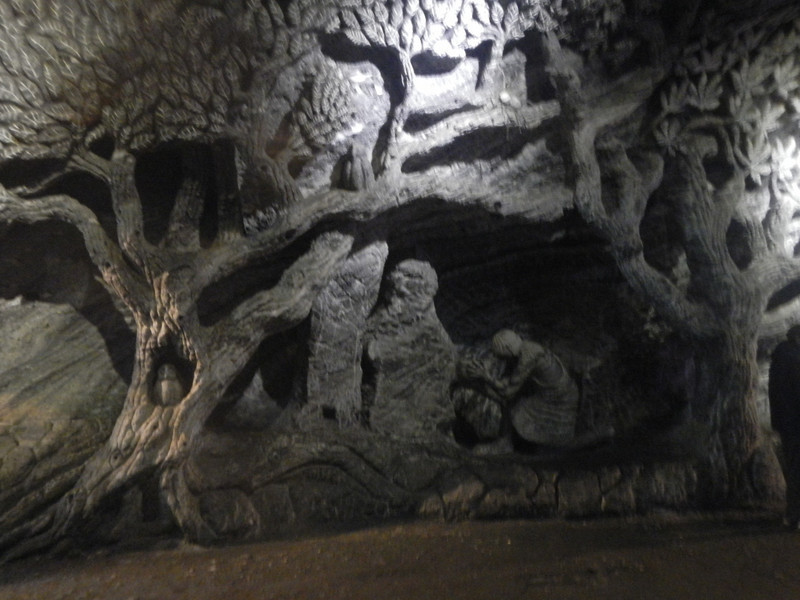 There were a number of blocked off shafts that exited from the main route. We found one particular shaft with loose rocks strewn about the floor, Deby to me to “watch for cops” and dove in looking for treasures.

Pockets full she went to the nearest shrine to ask for forgiveness. 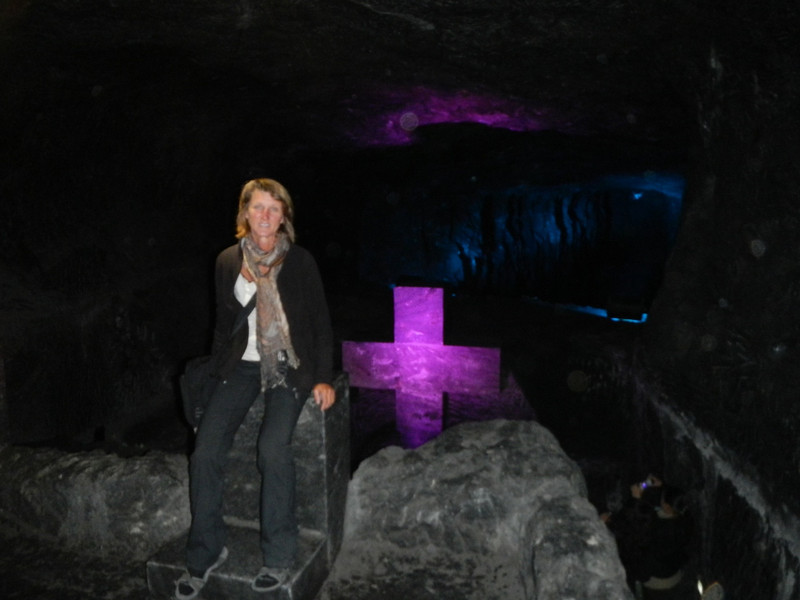 Back at the train we met a guy visiting from Texas who took our picture.

We had some time to kill before the train left so we checked out the Cajica town square.

The local church for people who are too claustrophobic to attend services in the mine.

Cool doors like we’ve seen on most of the churches on our trip. 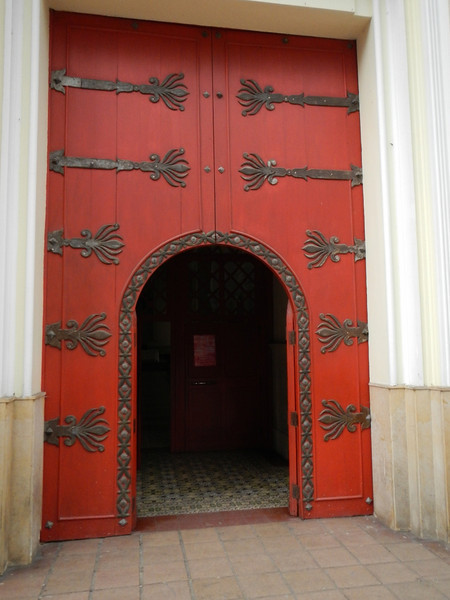 We knew the train was getting ready to go because the coal guy (fireman?) started shoveling coal and stoking the fire.

Another guy was doing something with a can of oil getting the engine ready.

Soon we were on board for the hour long ride back to Bogota and an early night at the hotel.

Watch for the next installment, on Monday we spent the day springing our bikes free from Girag and the Aduana process.

10 thoughts on “Touristas in Bogota”