Today we were back on the bikes after a week off. It felt good to be on the road again, we rode south from Cusco to Puno on the shores of Lake Titicaca. Puno is at 12,500 feet msl, good thing I’m getting a little used to the elevation. I don’t feel sick at all but just a wee bit woosie so if this blog entry gets a little off track you know why.

The following is from Wikipedia, you can read more HERE.

“It is often called the highest navigable lake in the world, with a surface elevation of 3,812 m (12,507 ft).[4][5] Although this refers to navigation by large boats, it’s generally considered to mean commercial craft. At least two dozen bodies of water around the world are at higher elevations, but all are much smaller and shallower.”

Now, back to day two on the Inca trail.

Below is the elevation plot for day two. Climbed roughly 4,000 feet in about 4 miles to the peak of almost 14,000 feet, which is called Dead Women’s Pass.

The locals watched us as we cheerfully started our day.

No worries, the bridge looks safe. 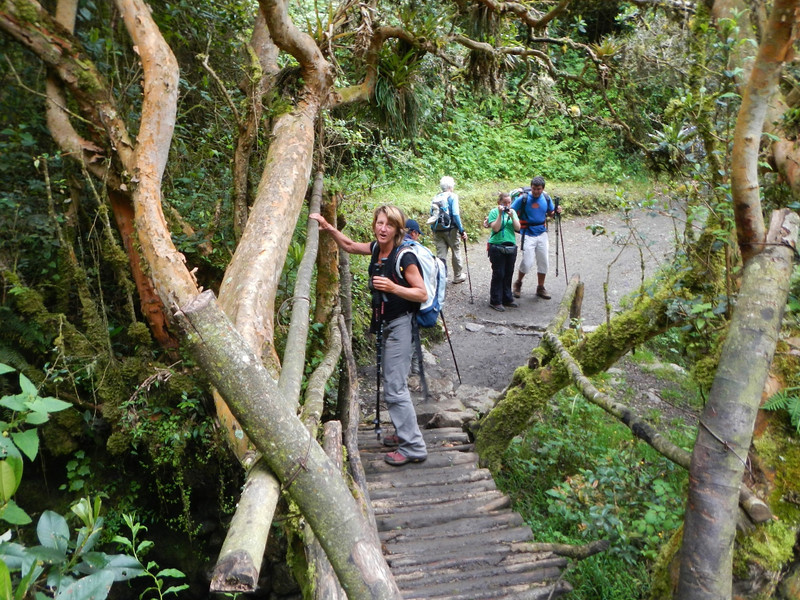 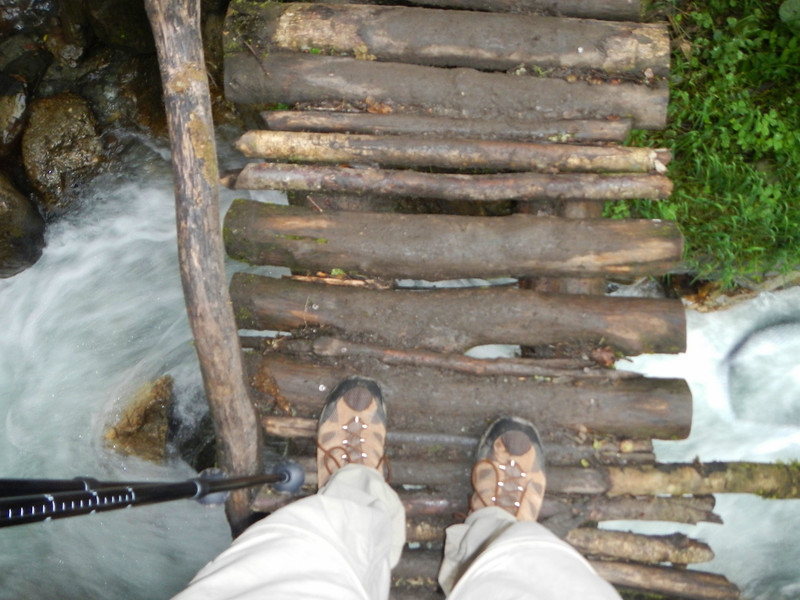 Up we go, stopping only to let the porters pass. We were glad every time the came along. 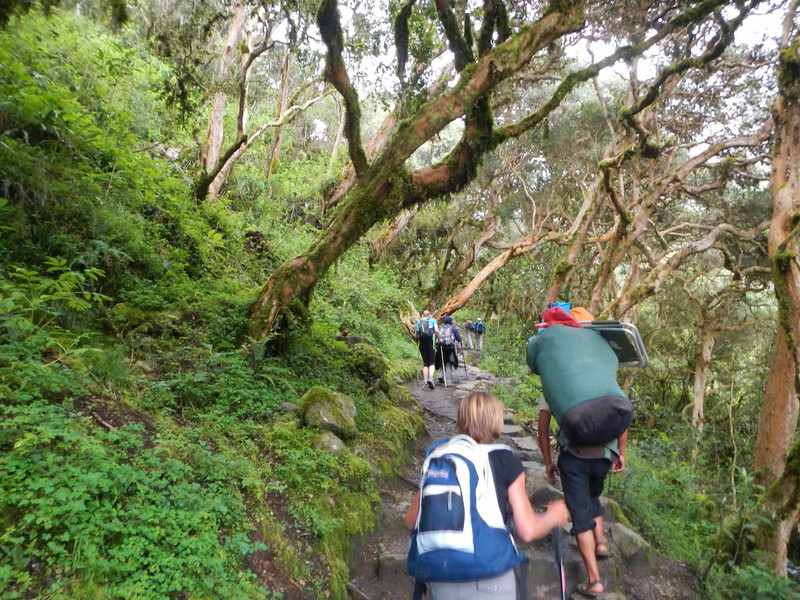 I only look tired. 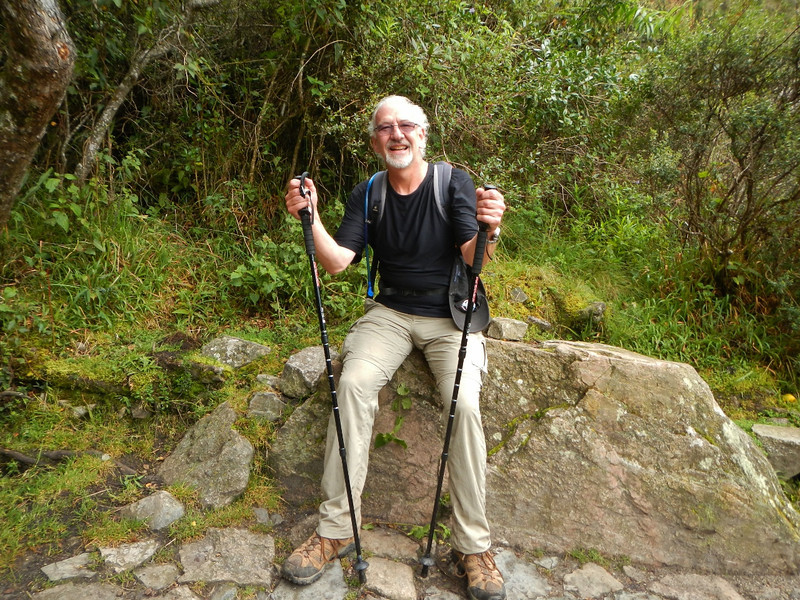 We got our first glimpse of the formidable Dead Woman’s Pass.

We were heading right for the saddle of the pass. Here’s a butt shot…. not sure why.

Eventually we make it! Here is the group shot to prove it. Our guide Richard is in the center.

Little did we know that we were crossing from the dry side of the mountain into the rainy side. Time for the rain gear!

And the climb down.. 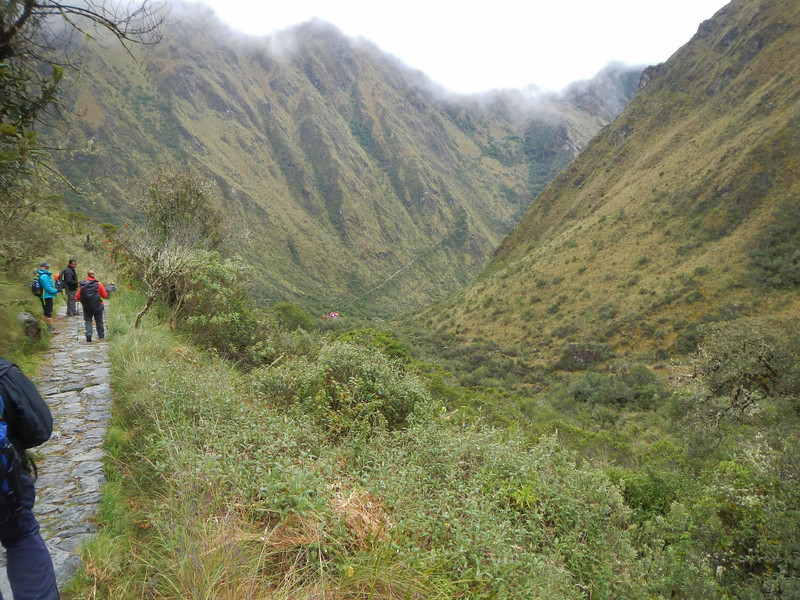 Soon the rain ended and we continued on. 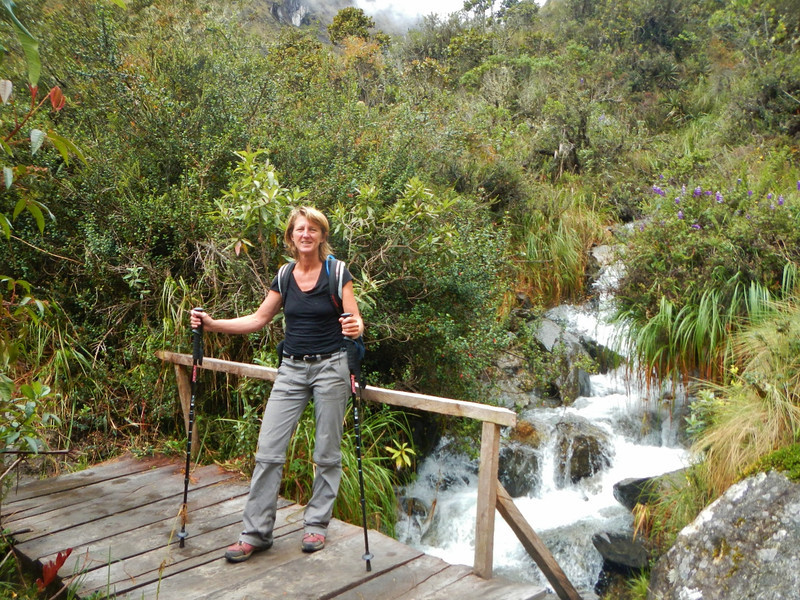 When we arrived at our lunch stop hot spaghetti was waiting for us.

Back on the trail it wasn’t long before we were at our campsite for the night.

The clouds and views from our campsite were magical. 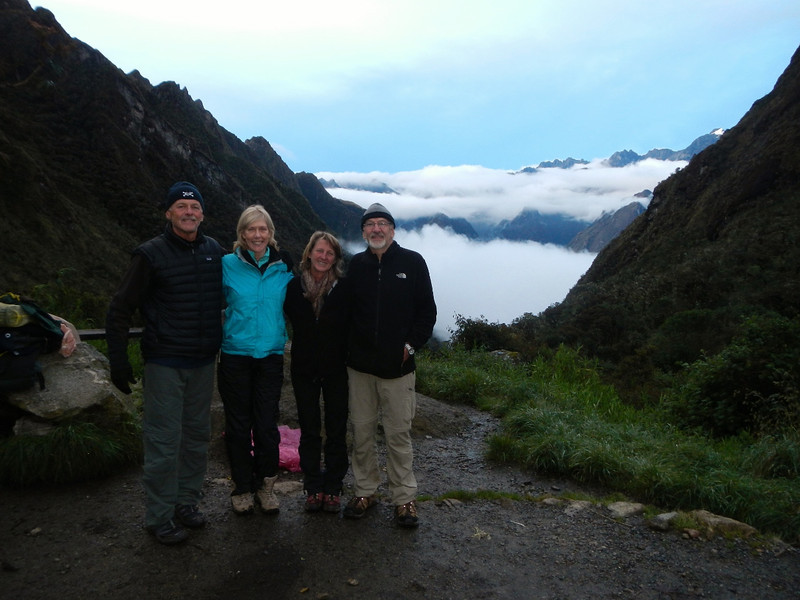 We ate another meal in the mess tent and settled into our tents for another great nights sleep.

The elevation plot for the day is below, a climb right at the beginning and then mild terrain. 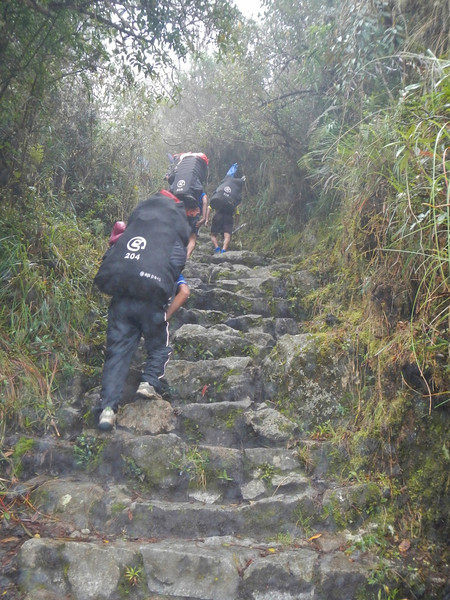 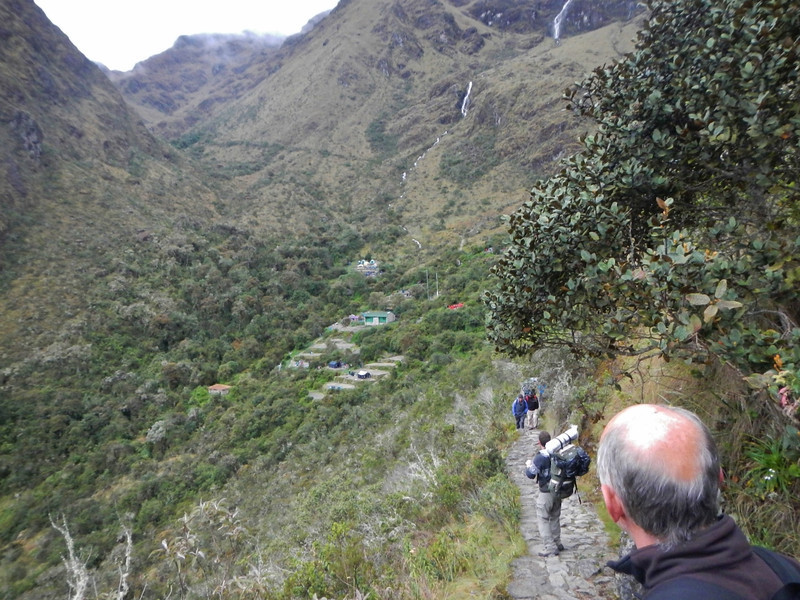 Over a few bridges.

The fog came and went all day.

At times the trail went into some short tunnels formed by fallen rock. 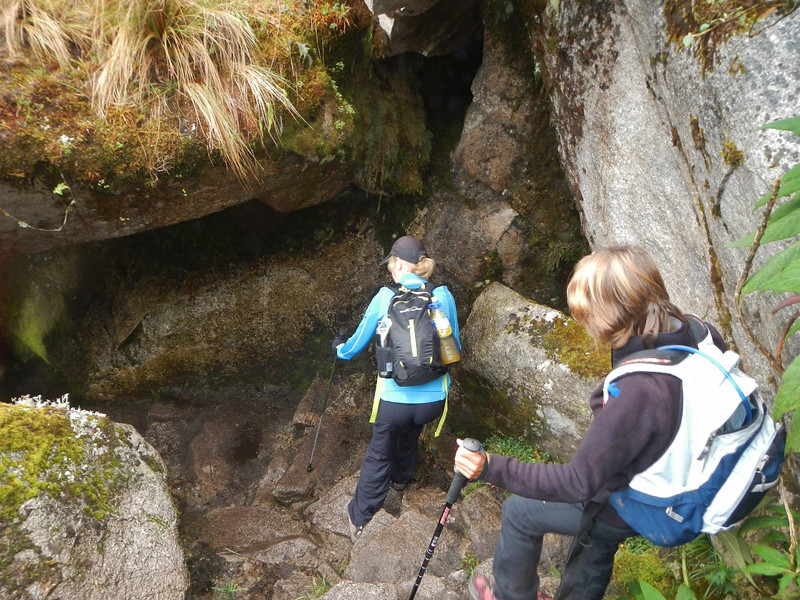 The trail leading into the fog.

Inca ruins along the way.

Local fauna along the trail.

As we descended, the terrain became more jungle like.

We arrived at our last camp before reaching Machu Picchu, dinner was excellent as usual.

Since the porters would be leaving us in the morning we got the group together for a group shot. It took six people to guide the four of us on the trek. These guys were great.

I’ll save the final visit to Machu Picchu for the next post. Stay tuned.