This trip is going at a much more leisurely pace than the MotoRaid romp last year when we blasted the length of Baja in three days. After a late start we left Loreto for the short ride to the capital city of LaPaz. We met an Italian guy in Loreto that recommended the LoriMar hotel just off the malecon in downtown. 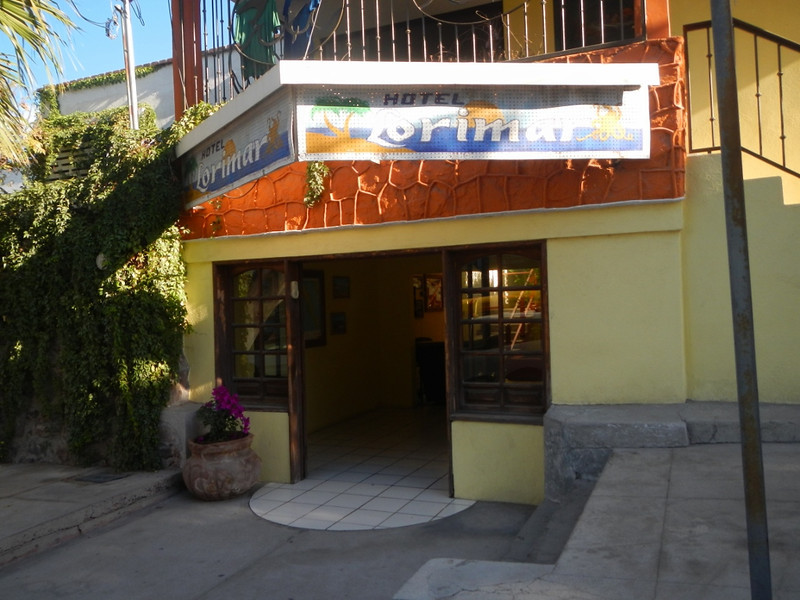 Not a bad place for $35 dollars a night. Secure parking right inside the main door.

We arrived early enough for a walk along the waterfront. It was a warm Sunday night and everyone was out enjoying the evening. As the sun set we strolled the length of the malecon dodging kids on every kind of bicycle and skateboards before settling in at an outdoor cafe for a light meal.

Monday morning we were on a mission to get from LaPaz to Villa del Faro where we had reservations for 5 nights in a beach side cottage. Villa del Faro Is on the coast road south of Cabo Pulmo (click here for a link to their web page). The road south of LaPaz starts out easy on the way to Los Barriles. 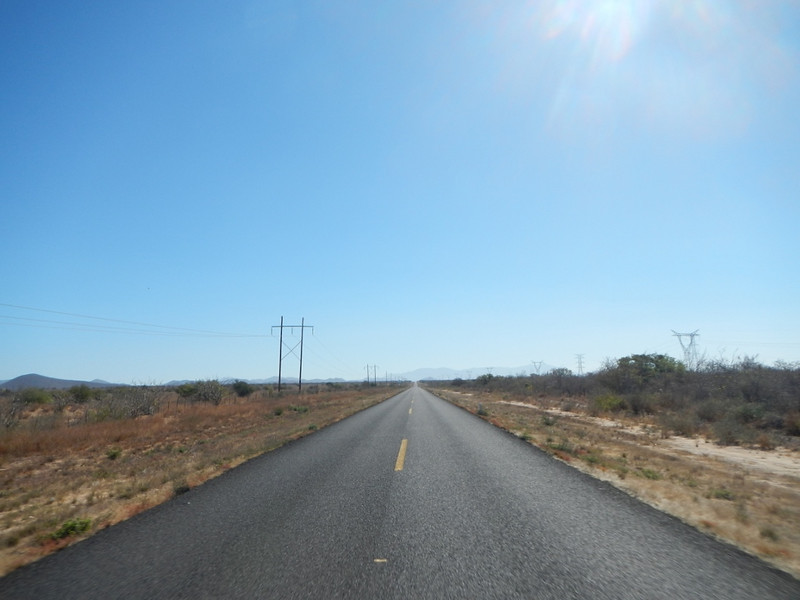 But soon after Cabo Pulmo we were in the loose washboard sandy stuff. 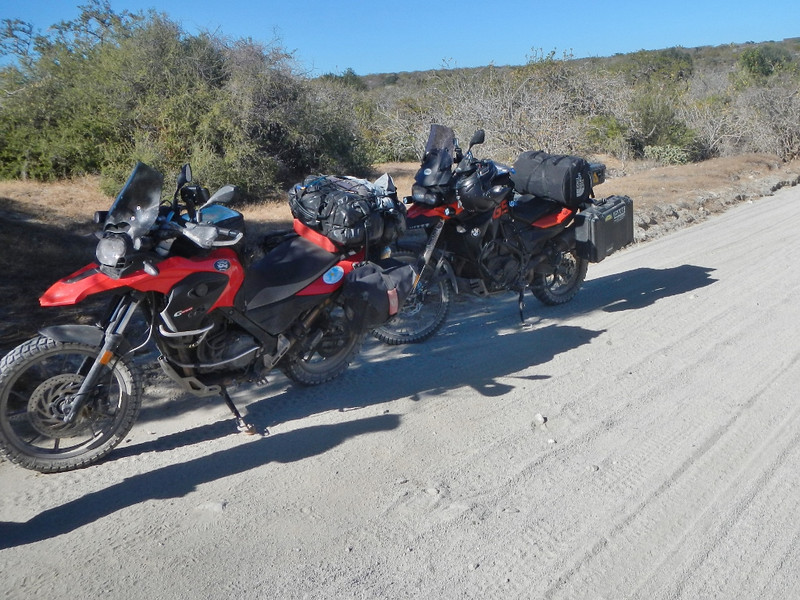 It took a little while to get our sand mojo going where the correct procedure is to stand on the pegs, shift weight back and go fast! The secret to success is to give it gas whenever the front tire starts getting squirrelly in the sand. The wrong thing to do is slow down which shifts the weight forward and digs the front tire deeper in. It’s counter intuitive but works. 40mph seemed to work about best for us. 50 might have been better but crash consequences go up exponentially with speed so 40 seems to work pretty well.

We arrived, in one piece, and were shown to what would be our casita on the beach for the next 5 nights. 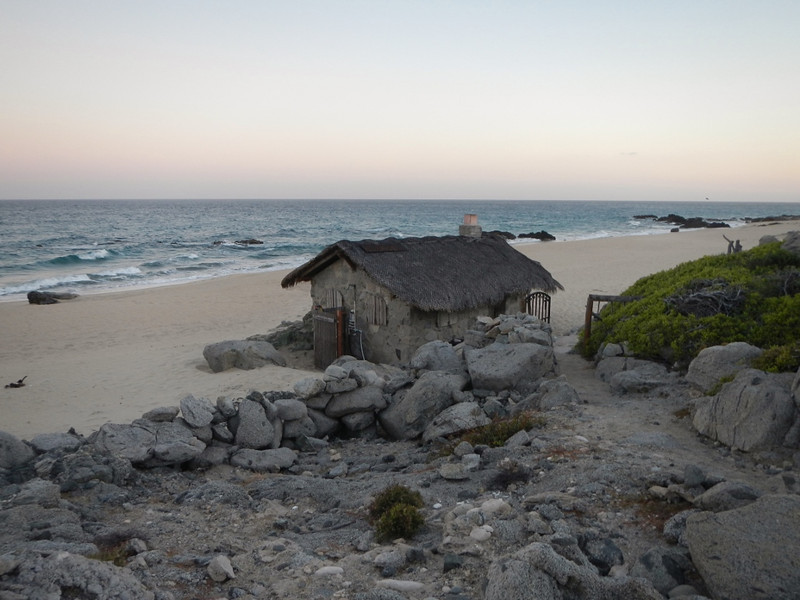 Parked the bikes where they wouldn’t be moved for nearly a week.

Stashed the helmets with care.

Lit a fire in the fireplace.

Eventually we found our way to the restaurant for a gourmet meal. 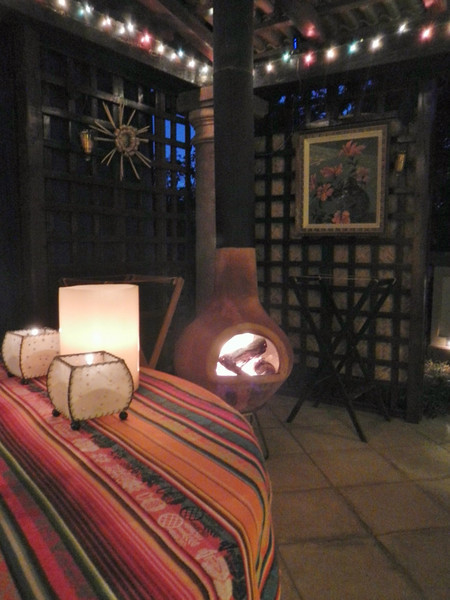 Walking the beach and climbing rocks…. 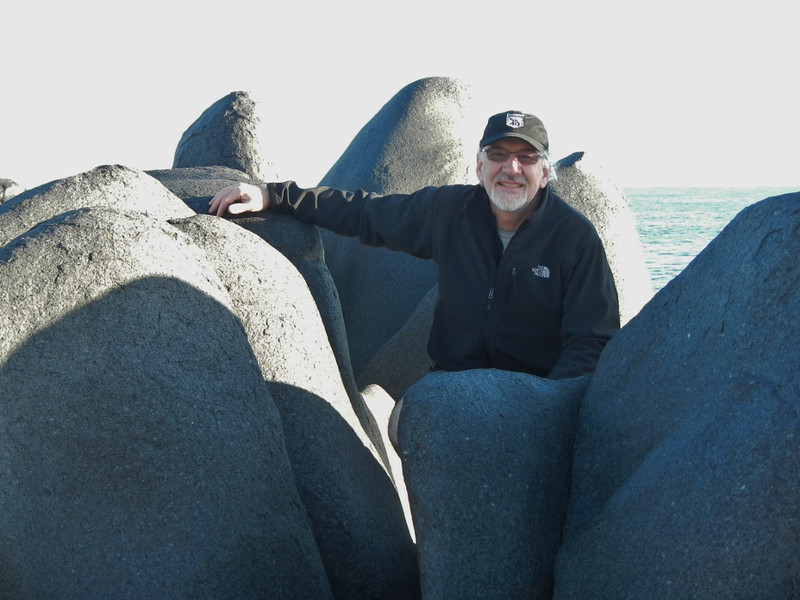 Sitting at the pool, reading books and taking naps.

Tomorrow we are leaving Villa del Faro for Todos Santos where I hope to be able to catch the Seahawks game.